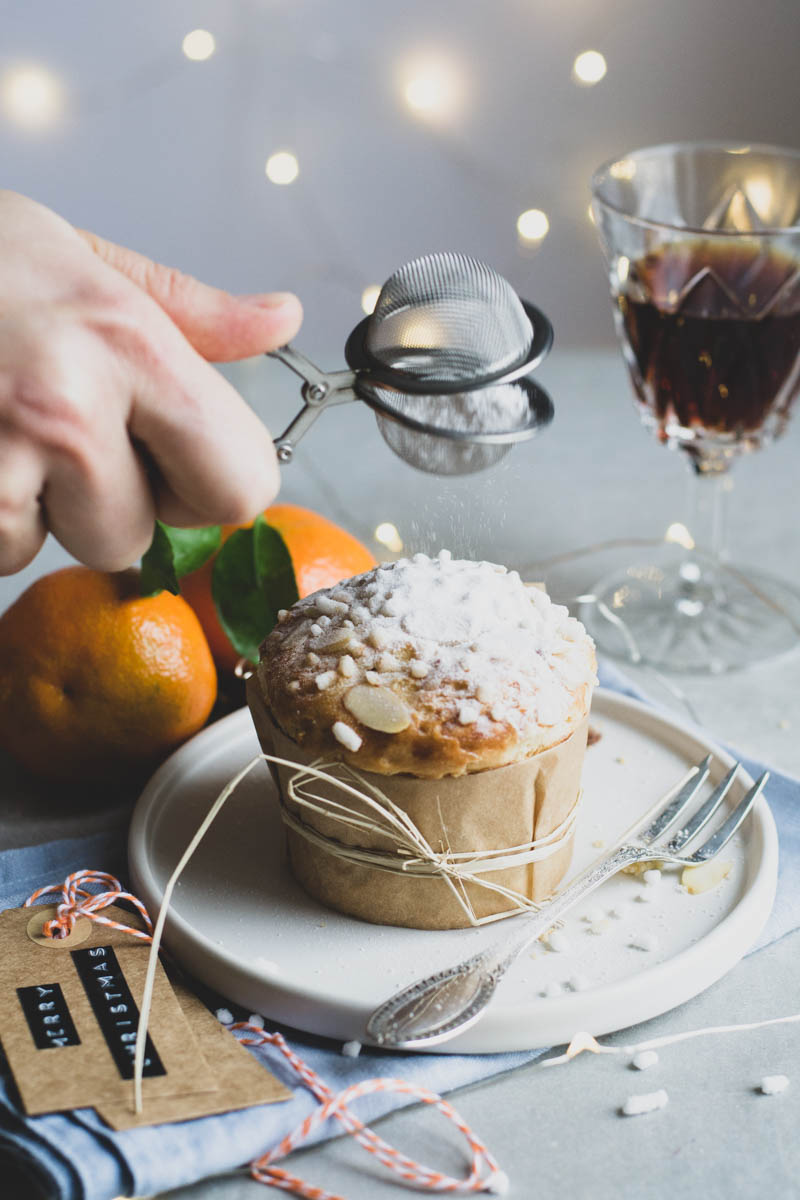 Panettone has become internationally renowned and it’s now a classic of many Christmas tables. And yet, I’ve learned to appreciate it quite recently, probably since I tried some homemade ones that made me change my mind. Let’s be honest and say that making Panettone is not easy, even more at home… the original recipe requires a few steps and more than one day of proofing, but the result is absolutely worth the effort. Having some sourdough starter, then, will make a big difference. In this recipe I’ve tried to make the whole process easier and more viable for a busy everyday life. In spite of that, be ready for a bit of work and a considerable waiting time between one proofing and the other. The origin of this sweet bread is notorious and goes back to the 15th Century, when the first Panettone was served at one of Ludovico Il Moro’s banquets. It seems that because of a mistake, the chef was forced to serve as a dessert that one of the kitchen boys had baked for himself: and it was love at first bite! Legends apart, the true origin of Panettone should be probably searched in the habit to serve at Christmas time a reacher bread, stuffed with dried raisins, candied orange and lemon peel.

Due to the simple ingredients, Panettone was an affordable dessert for almost everyone and by the end of the Second World War it became popular all over the world, also thanks to the Italian immigration overseas, that helped to spread the tradition. Currently, all sort of variations are available on the market, but the traditional version remains, in my opinion, the best one.

This specific recipe calls for a Poolish (also called Biga), a sort of pre-ferment used to increase a dough’s extensibility. It is frequently used in Italian and French baking when sourdough starter is unavailable. The other ingredient to make ahead of time is the aroma, a mix of citrus zest, honey, vanilla seeds and liqueur, that give the characteristic flavour to this sweet bread. The dough that will result is pretty on the wet side and you might need the help of a spoon to divide the dough in the tin cavities. I’ve used a mini cakes tin like this, but you can also use big muffin cases or the proper individual panettone cases. This same recipe is enough for a single 1kg panettone.