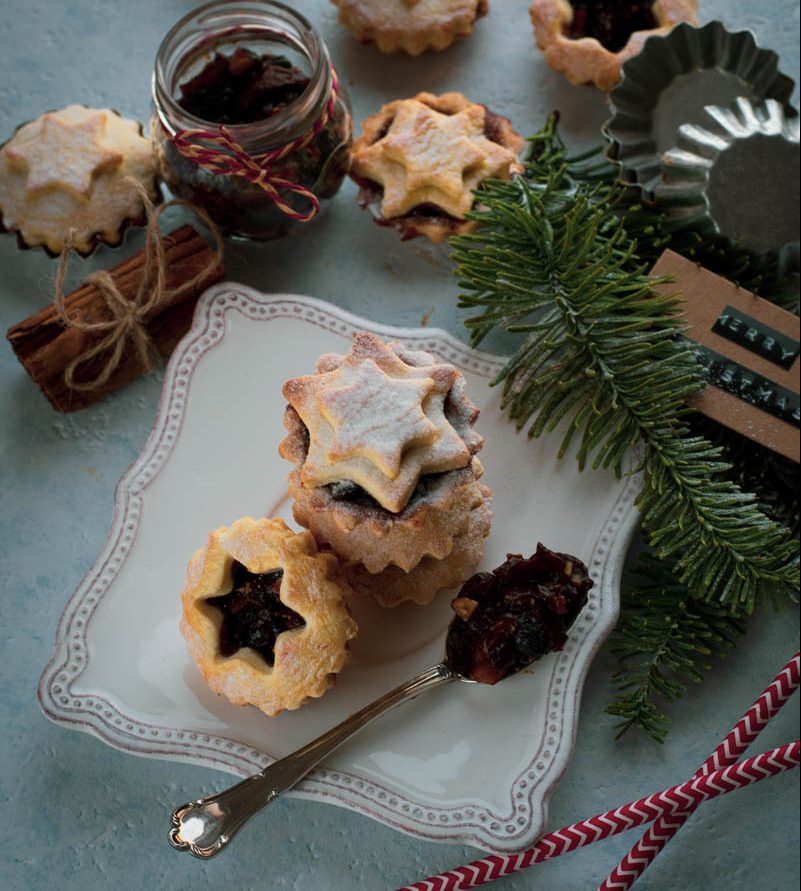 I’ve always wondered why the filling of these sweet little tarts was called “Mincemeat” and it needed me a very little search to discover that Mince Pies were originally stuffed with…meat! Most often it was mutton, but also beef, rabbit, pork or game, mixed with dried fruit and spices, which was a good way of preserving meat without salting, curing, smoking or drying it.

Stirring the mincemeat at Christmas was quite a family event and it should be done clockwise only, or the whole family would have faced bad luck and poor fortune during the next 12 months. To equally spread the joy, it was tradition that each member of the family gave the mixture a stir while making a wish.

Mince pies are a Christmas British tradition that has been around for centuries, though the modern version has very few similarities with the original one: current mince pies are actually sweet buttery pastries filled with a mixture of dried fruits and spices. It seems they originally had a lot of Biblical references: their old oval shape represented Jesus crib in the manger, while their top symbolized the swaddling clothes. According to another version, the three spices used (nutmeg, cloves and cinnamon) represented the gifts given to the Baby Jesus by the Three Wise Men. Nowadays it’s still a tradition for kids to leave mince pies for Father Christmas by the fireplace.