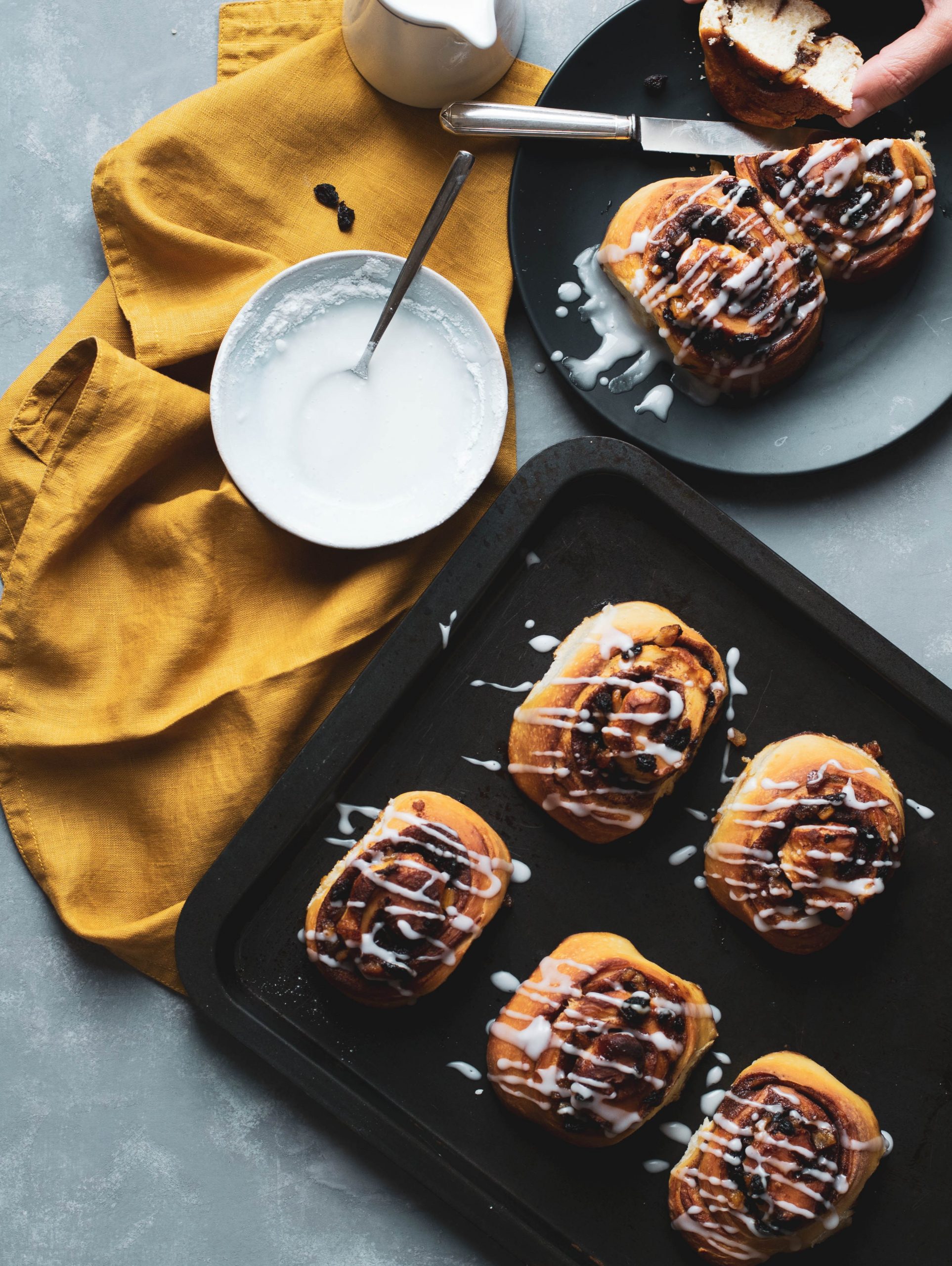 Chelsea Buns are traditional yeasted rolls that were first introduced in the 18th Century and are named after the “Old Chelsea Buns House“, that was actually located in the central London area of Pimlico. For obvious marketing reasons, those sweet treats have been later renamed as Chelsea Buns. It seems the German royalty was particularly keen on them and that kings Geroge II and III of Hanover, would visit the bun shop personally. Whatever the case, they are still very popular in modern bakeries at any time of the year and one of their peculiarities is that they are baked close to each another, with their sides slightly touching. In this way, when they are pulled apart, they keep a soft nice edge.

Chelsea buns are very similar to Cinnamon Rolls, the main difference being that Chelsea Buns may or may not contain cinnamon, while in Cinnamon Rolls currants are optional. Making these buns is not particularly complicated, bur as many yeasted products require a little patience and some manual skills that can be easily acquired with practice.