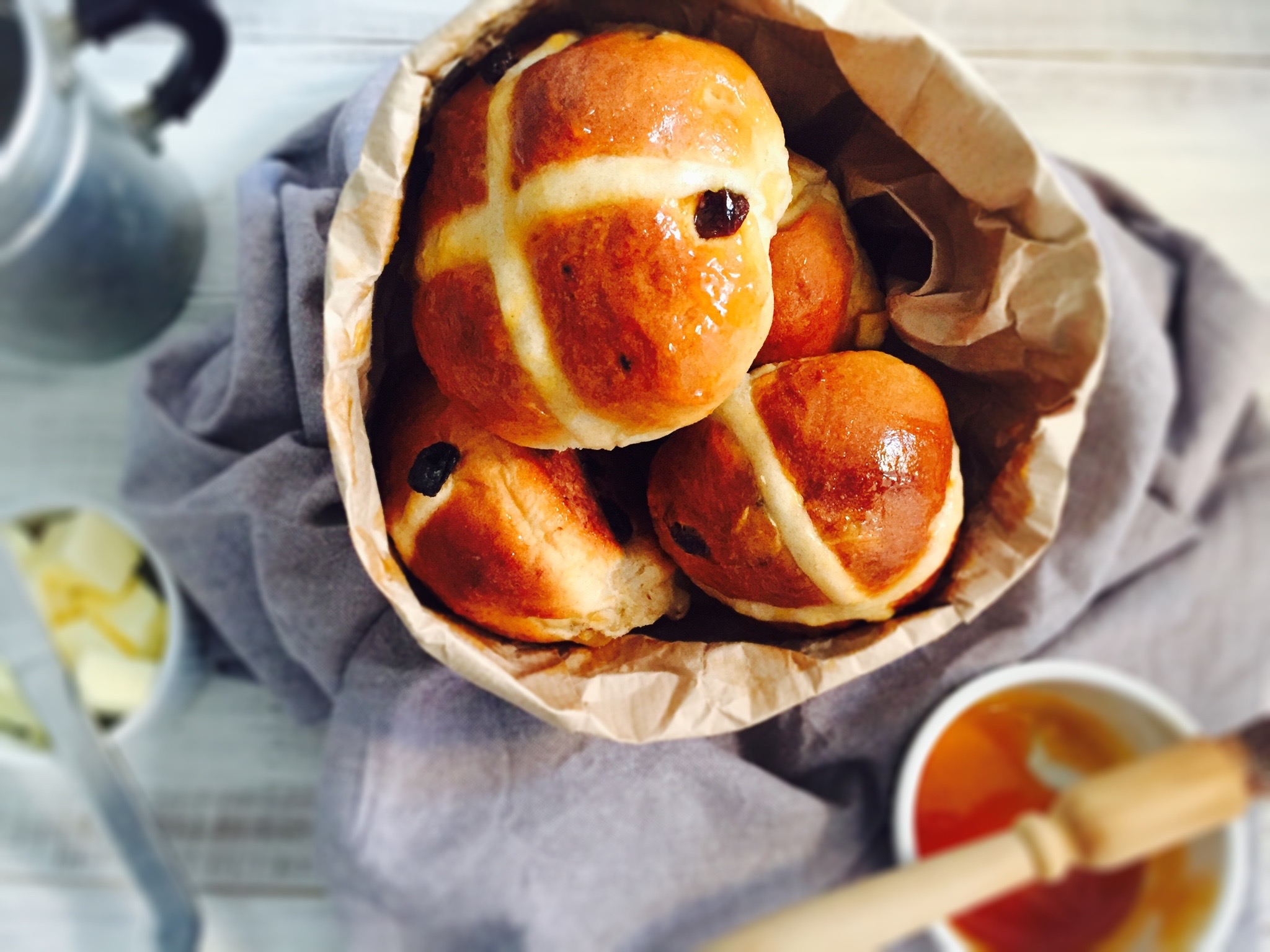 Hot cross buns will always remind me of the first day I arrived in London, not as a tourist anymore, but that time to stay…It wasn’t our first relocation, but it caused me a weird sensation: the excitement of a new adventure on one side, the uncertainty of what how our lives would have been in this new country, on the other. And with a baby on his way!

For some long to explain reasons, I arrived on my own in the early morning, while my husband joined me on a different flight later that day. So, I found myself in a totally unknown neighbourhood in North West London, looking for a place to have a comforting breakfast. I found a little bakery (only few months later I got to know that it belonged to was a very well known franchising who baked one of the most delicious bread in the city!) with a lot of appetizing pastries. It was Easter time and among others, there were those small buns marked with a cross on top. Never seen, I had to try one! They were good, very good, and their taste was made even more special from the personal situation I was living at that moment.

As soon as I had the occasion I wanted to replicate these spiced sweet buns, usually eaten in Great Britains on Good Friday ; according to tradition, the cross symbolizes the crucifixion of Jesus Christ and the flavouring inside represents the spices used to embalm him at his burial. The most common version of the hot cross buns is with raisins and currants, but currently there are lots of variations available, such as toffee, apple and cinnamon, orange and cranberries.

This recipe is from the British celebrity chef Paul Hollywood, with some slight adaptation.